As an app development company, clients frequently ask us how they can monetize their app. They are investing time, money, and resources into an app development project and they want to know how to get a return on their investment. There are a number of options for app monetization. Determining the right strategy depends on your business goals, your product offer, and the nature of your app.

In this guide, we’ll review popular strategies for app monetization. For each, we’ve included a “Who For?” section to give examples of the types of app that could benefit from that strategy. All monetization strategies require care; bad ones cost more than they earn. That’s why we’ve also included a “Be Careful!” section for each strategy.

What is App Monetization?

App monetization means generating revenue from your application. Executed correctly, your app – or your app idea, if not yet built – could become a serious stream of income for your business.

This article will consider these methods:

Readers will be aware from their own experience that people spend a lot of time on their mobile phones. Most of that time is spent within apps. That makes advertising an incredibly lucrative opportunity for app developers.

In-app advertising is a monetization strategy in which app developers are paid to serve ads within their apps.

Advanced data tracking and targeting enable advertisers to reach their audiences with a laser focus. Companies whose audiences are similar to yours will pay good money to have access to your users. App developers have many options for advertising apps and many ad networks to choose from.

Developers will need to decide on what type of ad to serve. There are five main types:

Banners are strips that show ads at the top or bottom of an app screen.

Image or video ads designed to blend in with the rest of the app’s content.

These adverts provide a menu of options and incentives for engagement.

As the name suggests, these show video ad content in your app.

Adverts are found across a range of different apps but are especially common in games and free productivity apps. But in order to generate substantial revenue from ads you will need a decent amount of app usage. If you are targeting a small niche, this option might not be for you.

In-app ads have a reputation for being annoying. You must be very careful when integrating them. Prioritize user experience. If your advert strategy compromises your users’ experience in your app, reconsider it. You don’t want the disaster situation of in-app ads driving your users away. Developers should be careful and thoughtful if they want to make good money from advertising. Ads must be tactfully positioned and not interfere too heavily with the app’s flow. 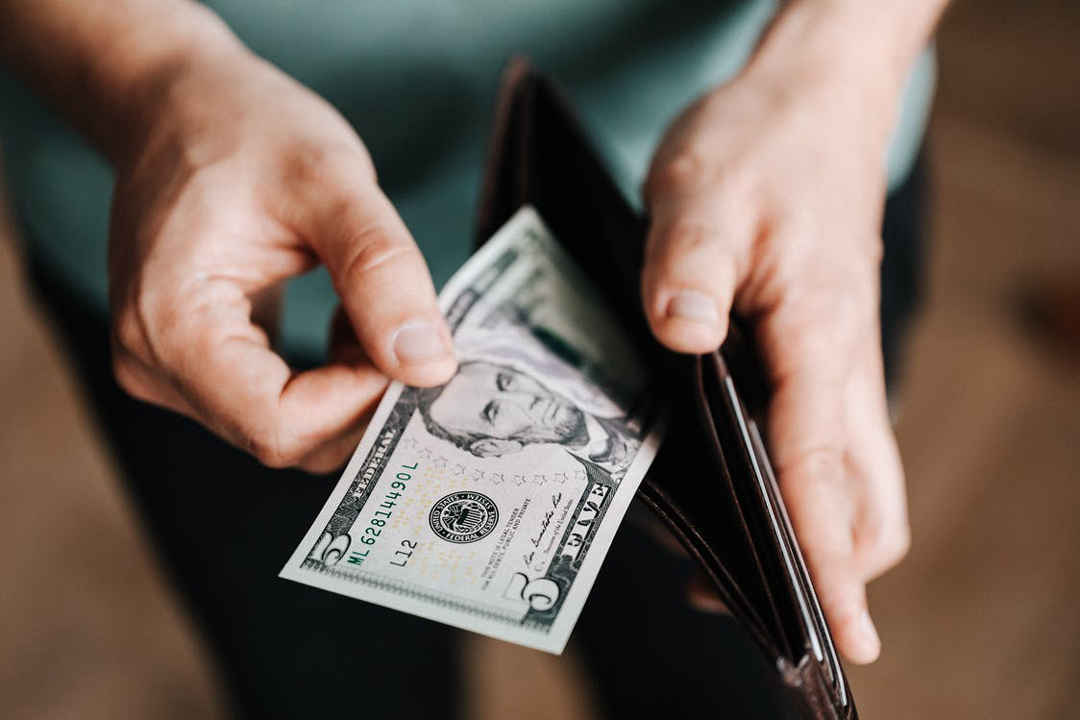 This app monetization strategy does what it says on the tin. Customers pay for your app. From a development perspective, this is one of the easiest money-making tactics to implement. This payment occurs in the app stores right before download. Typically, these apps will cost from $0.99 to $5.

Don’t expect customers to come flocking to your paid app without effort. You’ll need to invest in marketing and to demonstrate that your app is worth your customers’ hard-earned cash.

If you aren’t able to successfully communicate your app’s value via your marketing channels and the app store listings, you won’t make sales. That is even more true if your competitors offer a similar product at a cheaper price or even for free.

Choosing the right pricing level is important. The difference in download volume for your app at $0.99 against a cost of $2.99 could be huge. Try to make a judgement on the app’s worth. Test pricing levels and determine which yields the highest revenue.

With a paid app, you’ll need serious download volume to make good money. That can be hard to sustain in the long-term, which is why most businesses won’t depend on one paid app as their sole source of revenue.

As discussed above, having to pay for an app at download is a potentially huge barrier to sales volumes. Developers realized this a long time ago and came up with another pricing strategy: the Freemium model. Under this model, the app is free to download. The developer offers users limited features, free of charge, but users are encouraged to make in-app purchases to access better functionality.

This strategy has become very popular. It works because customers get to try your app out without committing any cash. If they find they like the app and could use more features, they’ll pay for them. Sometimes, this payment is a simple purchase with a fixed cost. For example, unlocking a new character or level in a game for $0.49. The same transaction could also occur via an in-app currency, which is exchanged for real money.

Equally, some freemium apps will offer an upgrade to a subscription. We’ll look at that in more detail in the next section.

Developers need to delicately tread the line between free features and paid-for upgrades. If there is too much offered for free, there is little incentive to spend. On the other hand, if the in-app purchases seem too expensive or not useful, users won’t buy.

Subscription model apps require that users pay a monthly fee for full access. Readers will be very familiar with these: famous examples include Spotify and Netflix. Subscriptions are popular among businesses as they provide a source of recurring revenue from each customer. Some of that revenue can be reinvested in development.

Indeed, you’ll need to keep investing in your app, both with new features and new content. Customers that subscribe to an app expect it not only to deliver value each month but also to improve constantly. Netflix, for example, adds new content all the time. If it stopped doing that, you’d probably unsubscribe. That's why this is also called Software as a Service or SaaS business. Instead of buying a piece of software, you pay a software company a monthly fee to provide you with a continuous service.

In short, your app needs to be good enough to subscribe to. And you’ll need to constantly prove that it is good enough to keep paying for. To encourage subscriptions, there are two main options: the freemium model discussed earlier, and a free trial. If you can prove the worth of your app within the trial period, users will subscribe.

Always think about how to provide long-term value to your customers. If your app gets boring or unhelpful after a month, users will unsubscribe and your average lifetime value will be low. You can’t cut corners with a subscription app!

Options to generate income from your app are, of course, not limited to the above.

In today’s world, business models are often complex. Duolingo, for example, has experimented with a number of revenue streams. For example, they sold crowdsourced translations services that were being provided by the app users.

First, Duolingo would find customers who needed texts translated. Then it would get crowds of users who were studying English on Duolingo to translate English passages into their native language. If enough users worked on the same passages, the translations came out well.

The main goal is to make an app that your users enjoy working with and that creates value. When you create value, there should be a way to monetize it.

Many apps now got creative and are selling on their users’ data to third parties to create revenue. You need to tread carefully if your users’ data becomes a source of income: there are ethical and legal questions to consider and data privacy regulation varies around the world. 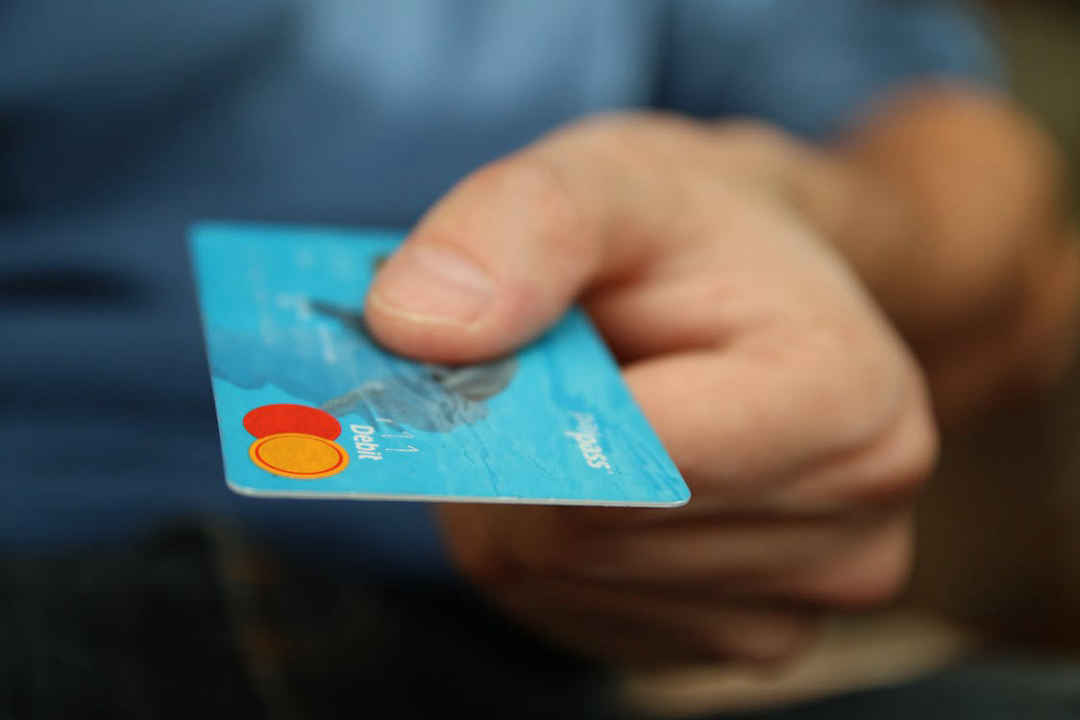 With payments, we are not considering how to monetize your app. Instead, we’re highlighting the costs of transactions made within your app. It is essential to be on top of these costs if you wish to profit from your application.

For payments made in-app, both Google Play Store and Apple App Store charge 30% commission (though it’s worth noting that Apple recently rolled out a small business program reducing the commission to 15% if your business generates less than $1m in revenue).

So for any subscription, in-app purchase, or upgrade paid for within your app, the app stores take a large chunk of the revenue. Third-party payment options are banned for these transitions, so there is no way to avoid these commissions.

For purchases of products and services outside of the app (physical goods like clothes, for example), developers can use external mobile payment solutions. Each has different cost structures, so do your research.

As an app developer, your priority should be to offer a great product to your customers. This priority does not change when you decide to make money from your app.

User experience should be central to your monetization strategy. Do not sacrifice your product’s usefulness and usability for a fast buck. Doing so will only drive users away and ruin your app store rankings, which are crucial for sales.

App users are quite happy to view adverts in exchange for access to an excellent free app. Likewise, many will willingly swap currency for great features. Or subscribe to your app if it is clear there is long-term value to be enjoyed.

In summary, if your goal is to make money, focus on building the best product possible and delivering value in return for your customers’ cash.